Inscrutable Cities is a fabulist journaling game about conjuring a new world into being by traveling through it.

It requires no cards, dice, or tokens, and falls somewhere between "lyric table-top role play," "interactive fanfiction," and "guided meditation from an alternate universe." It is designed to be suitable for both solo play and with a group, in person or remote. The shortest possible complete play-through takes about half an hour.

A Note on the Source Material

This game is inspired by, and in response to, the works of Italo Calvino, primarily but not exclusively Invisible Cities. It's intended as a submission to "If on a summer's night a game designer...", a Calvino-themed game jam that runs from the summer solstice to the fall equinox, and as such, will be completed no later than the end of that jam. Without getting too into the weeds here, my conceptual goal is to allow players to re-experience the awe and mystery of the worlds Calvino so meticulously built in language, without his unrelenting fixation on women's bodies, among other things that sour a lot of his fiction for me.

Why are you selling it now if it isn't done yet?

I am presently, for lack of a better phrase, a "full-time writer" (unemployed), so pre-orders very directly support the time and resources needed to fully develop the project.

What steps are involved in this project's completion?

In addition to finishing and revising the writing and testing the  game play, I'm also:

Some things I would also love to do, were resources no object, but which are only really possible past a certain threshold of support:

What does "pre-order" mean? Why is it listed as a download? Where's the file?

Itch's pre-order function works like most pre-orders, allowing you to support a project financially upfront and entitling you to the completed version as soon as it's released. The Itch-specific quirk here is that, for some reason beyond my understanding, it's labeled as a type of download, even though there is no file on the other end (yet). When the project is released, you will automatically have access to the complete version.

You can, in the meantime, download the character creator sheets as a free demo! These, I've heard, are fun on their own but will also give you an idea of the overall aesthetic and play mechanics of the game.

In order to download this game you must purchase it at or above the minimum price of $5 USD. You will get access to the following files when they are released: 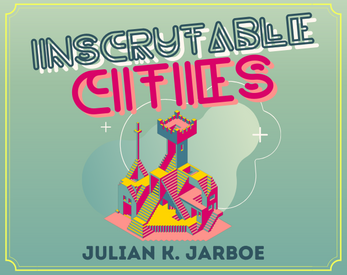